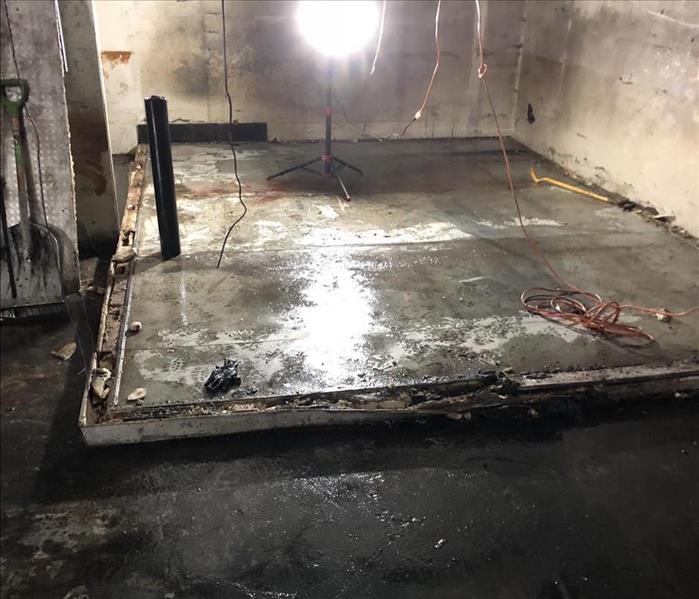 A large fire broke out at a local fast food restaurant a couple months earlier and we are still sending crews to the site to restore the damage. Firefighters arrived to a majority of the roof ablaze. The roof above the kitchen collapsed right before they could reach it which made it more difficult to extinguish the fire. After about an hour the firefighters were able to have the fire under control. The building will have to be completely gutted and restored for both water and fire damage. The fire caused many pipes and lines to break filling the building with water. The pictures above show the basement of the eatery. There is a great deal more that our crews will have to do until this place is ready to open again.

View More Before & After Photos